ORLANDO, Fla. (Thursday, April 28, 2022) — Tickets to see English Premier League standouts Arsenal and Chelsea in person at the 2022 Florida Cup are now on sale to the general public. 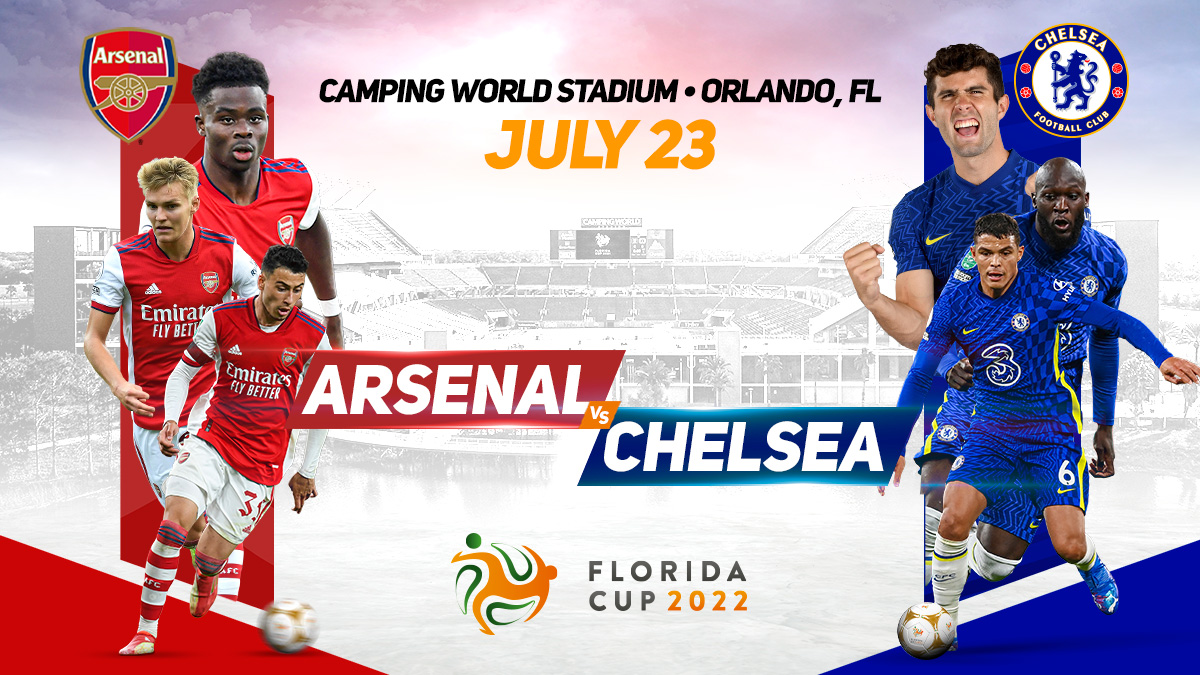 The highly anticipated London derby, featuring two of the world’s top professional soccer clubs, is scheduled for the evening of Saturday, July 23, at Camping World Stadium.

Arsenal and Chelsea are each ranked in the top four in the Premier League table with less than four weeks remaining in the EPL season. The clubs have combined for 19 first-division titles all-time, and one or both teams have finished in the top three in the final standings 22 of the past 25 years.

Chelsea, winners of the 2021 UEFA Champions League and the current FIFA Club World Cup champions, will also compete for the FA Cup championship against Liverpool on May 14 at London’s Wembley Stadium. A victory would give Chelsea its ninth FA Cup; Arsenal leads all clubs with 14 tournament wins.

Tickets for the July 20 FC Series friendly between Arsenal and Orlando City at Exploria Stadium will go on sale Tuesday, May 3 at 10 a.m. ET. Kickoff times, broadcast details and additional FC Series participants and host sites will be announced in due course